Every book has a back story. In the following series of posts, I share some thoughts about the inception, development, and completion of my new book, Strange Trips: Science, Culture, and the Regulation of Drugs.

From Saskatoon to Glasgow

The second phase of writing my second book, Strange Trips, began in September of 2015. I signed a contract with McGill-Queen’s University Press and set to work. But it was far from straightforward.

I was a full-on member of the academic precariat at the time. And it was a difficult period – at least in a professional sense. I was juggling a lot of lectures at the University of Saskatchewan, looking after my kids part-time, and trying to stay engaged in my chosen field.

After my PhD viva in London (see my last post), I returned to Saskatchewan to work at the Health Quality Council. (It was a tremendous experience.) Then I began a SSHRC post-doctoral fellowship in 2011 and the time just flew right by. Seriously. It zipped by faster than I could have imagined and I wasn’t at all ready for the end of the way-station that was my postdoc.

From 2011-2013, I worked on my first book, A Prescription for Scandal: Conservatism, Consumer Choice and the FDA during the Reagan Era. I also stayed super busy with applying for countless academic jobs. (Really, it was a lot.) I certainly meant to focus on Strange Trips after I came up with the idea in 2010 (however ill-formed), but I ultimately focused on publishing my PhD dissertation.

Professor Erika Dyck at University of Saskatchewan was super helpful and the History Department hired me for short term gigs after I wrapped up my postdoc in 2013. (Whatever one thinks about short-term academic positions, I was satisfied with keeping one foot in the ivory tower. That said, there were definitely times when I built up resentment.)

In 2014, I published A Prescription for Scandal. I was extremely proud of it and it won a book prize. However, it didn’t lead to a tenure-track job. It was a really difficult moment and by 2015 I was questioning academia. There was a real high and low associated with that book.

It wasn’t easy. That’s for sure. I was such a wet-behind-the-ears neophyte…and I struggled to “sell” myself or engage with my colleagues via social media. I wasn’t a blogger back then. And I wasn’t on Twitter. Worse still, I didn’t have a good sense about packaging my work – how to write a book proposal or talk to acquisition editors with even a modicum of confidence.

1. You wouldn't believe how many books your editor is working on at once. Sometimes I barely believe it myself. 2. Start. The. Permissions. Process. Early. Preferably yesterday. https://t.co/F4XAjBIPNS

Editorial advice: What’s the most common mistake scholars make when trying to find a publisher? Not doing their homework. Look for a publisher who with a commitment in *your* field. #ReadUP

But I had confidence in myself. I was also surrounded by a strong network of family and friends. To put it another way, I wasn’t alone. I had help. I was in a stable relationship. I had been (relatively) careful with money. A large family could babysit. I was lucky.

So I decided to double-down.

In early 2015, I kept teaching at the University of Saskatchewan.  I developed new classes. I stayed engaged. More than that, I didn’t stop writing. I wrote and wrote. I decided that I was not going to let the system “get me down.” At least for a little while longer.

Throughout the spring, I was in the midst of “turbulent time,” which is also a term I use in my book…

…but I honed my proposal and submitted it to MQUP. It was received positively! After some back and forth, a revised proposal, and a series of productive conversations, we agreed to work together. That was September.

Little did I know that I’d be moving to Scotland within the year. 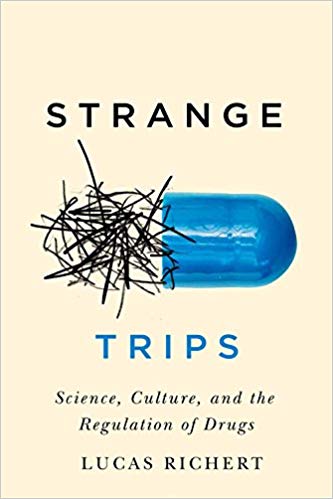